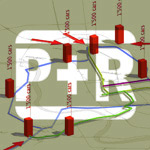 Park & Ride as a relief for Bangkok’s streets?
How many Park & Ride spaces are required and on which locations?
How to organize the Park & Ride car parks in an urban context?

Park & Ride Definition :
Park-and-ride facilities are car parks with connections to public transport that allow commuters and other people wishing to travel into city centres to leave their vehicles and transfer to a bus or rail system for the rest of their trip. The vehicle is stored in the car park during the day and retrieved when the owner returns. Park-and-rides are generally located in the suburbs of metropolitan areas or on the outer edges of large cities. (source wikipedia)

„Mass Rapid Transit Authority of Thailand (MRTA)“  has already started a Park & Ride service in Bangkok with several smaller and bigger parking lots. This Urbanalyse’s park & ride study in Bangkok is understood as fresh and large-scale contribution to this ongoing discussion.

Network
To reduce the rush hour car traffic significant on Bangkoks street network, we see the potetial to install nine „park & ride“ parking lots, strategically located at the main driveways and connected to BTS and MRT stations. Each park & ride“ parking lot should contain about 500 to 2’000 parking spaces. 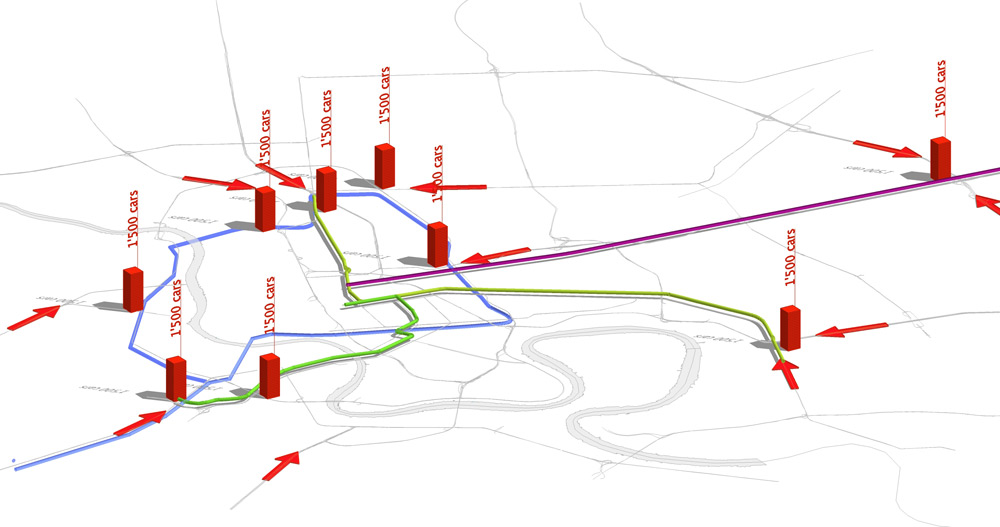 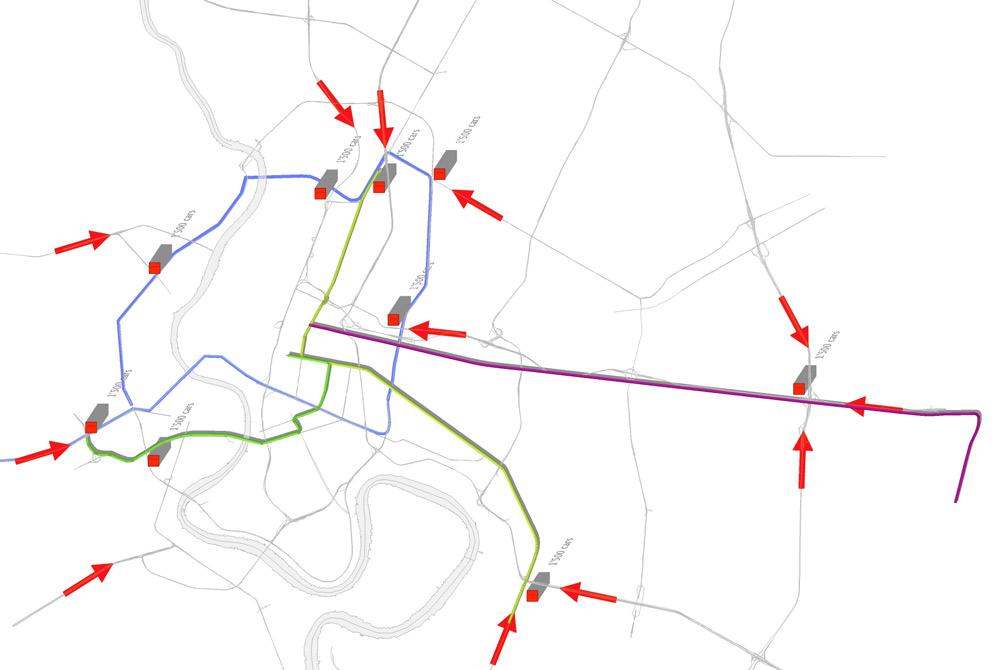 carpark towers
For a sustainable land use and to reduce the needed land purchasing costs, we see the solution to organise and concentrate the parking lots in parking towers.

Each of these carpark towers needs a area of 45x56m (2’500 m2) and contains for 1’500 cars and 200 motobikes with a height of about 80m space. Public function like food courts, skybar, eventspace, laundry shops and convenience stores could optionaly be added to the program. 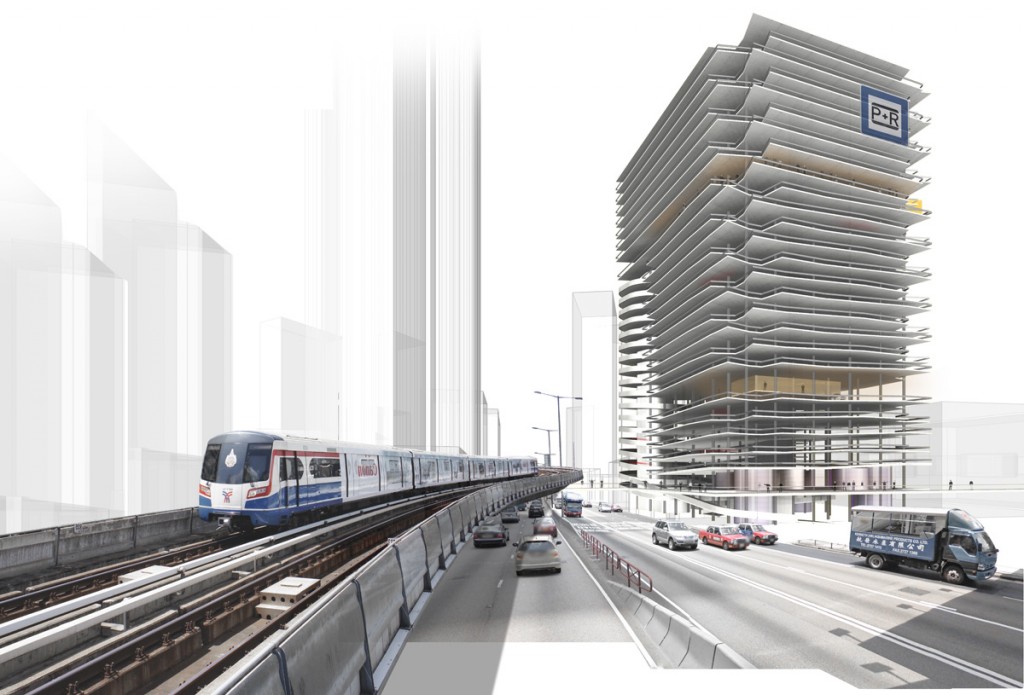