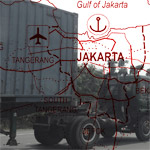 The physical development of Jakarta Metropolitan Area (JMA – Jabodetabek) and Bandung Metropolitan Area (Bandung Raya) has formed an urban belt form Jakarta to Bandung of about 200 kilometers long, reflecting a formation of mega-urban region characterized by a mixture of rural and urban activities and a blurred rural-urban distinction in Jakarta-Bandung Region (JBR).

The recent large-scale residential areas and new town development in the outskirts of Jabodetabek are characterized by low density, single-family houses, and exclusive residential for middle and upper income groups. It has greatly reinforced spatial segregation in the area in three respects :

Some of these new towns in the peripheral areas have developed from merely dormitory towns become an independent and strong economic-base towns and small cities, including Jababeka, one of the largest manufacturing concentration in Indonesia.

surce: Tommy Firman; Change and Continuity in the Development of Jakarta Metropolitan Area

Cikarang is an area that includes the government of Bekasi Regency in West Java in Indonesia.

The newly opened Cikarang Dry Port provides integrated port and logistics facilities and serves as an extention of Tanjung Priok Port. It is strategically located in the heart of the largest manufacturing zone of Indonesia along the Bekasi-Cikampek corridor and is accessible via highway and railway system. 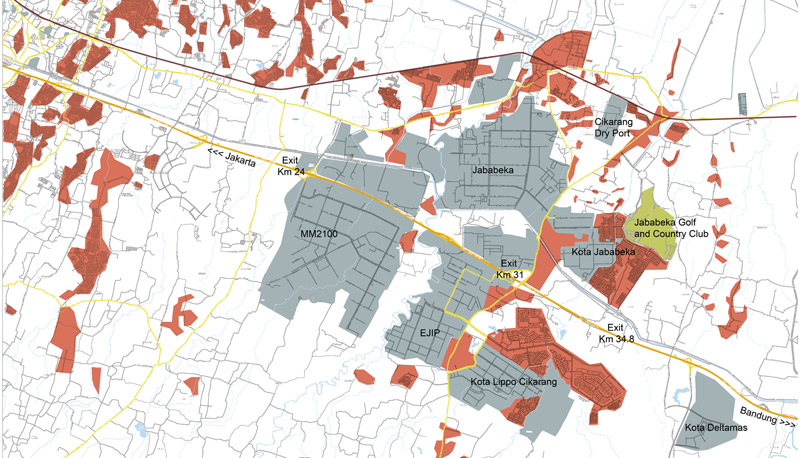